From this section, you will learn various kinds of plots, that involves one or more variables in a data set. Considering the housing prices, a natural question you may have is that are the bigger houses more expensive?

To answer this question, you need to look at the relationship between liv_area and the sale_price in the sahp data set. To visualize the relationship between two continuous variables, the most commonly used plot is the scatterplot, which is a 2-dimensional plot with a collection of all the datapoints, where the x-axis and y-axis correspond to the two variables, respectively. 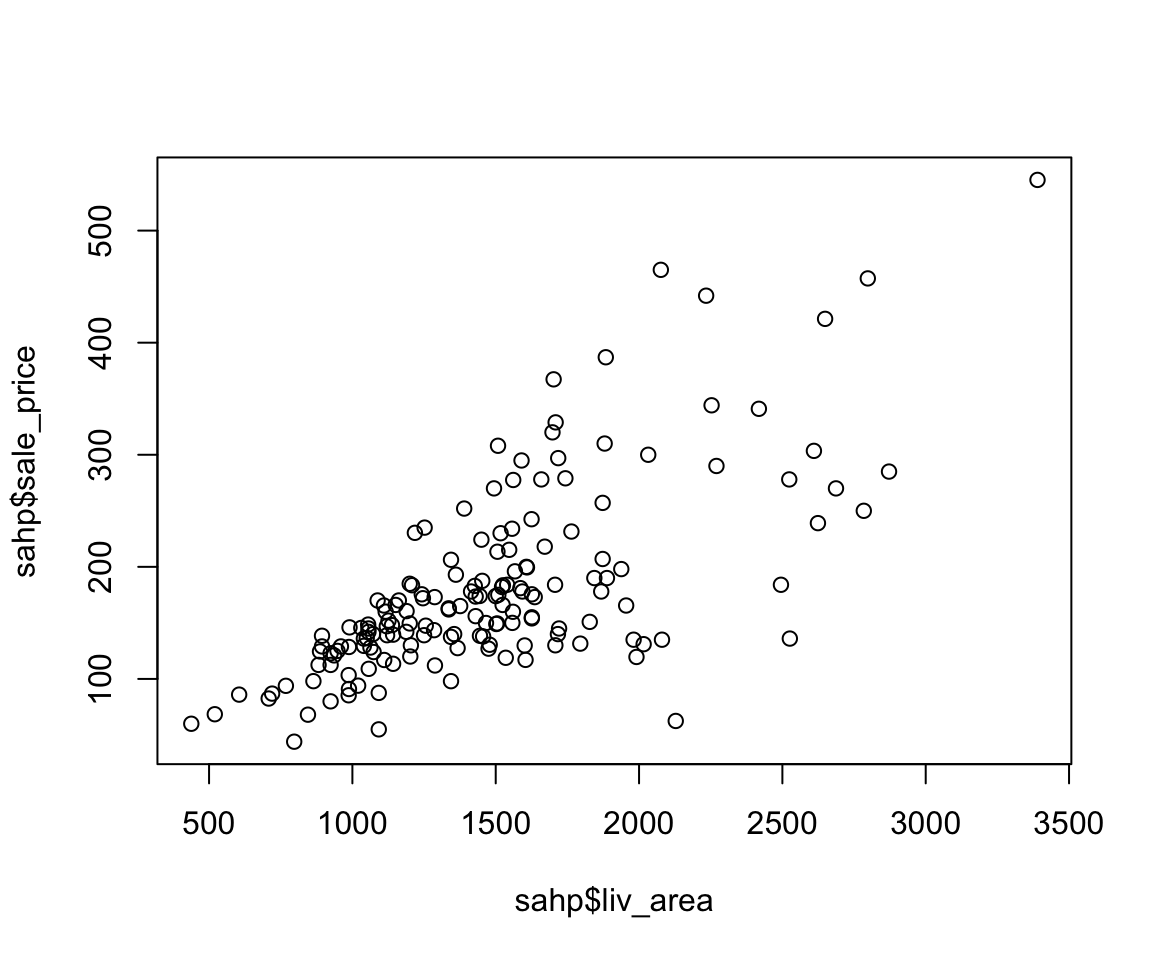 From the scatterplot, we can see a clear increasing trend between sale_price and liv_area, which is consistent with our intuition. The plot() function provides a rich capability of customization by setting the graphical parameters. We summarize a few commonly used parameters for scatterplots as below.

Let’s see the effect of these parameters in the following example. 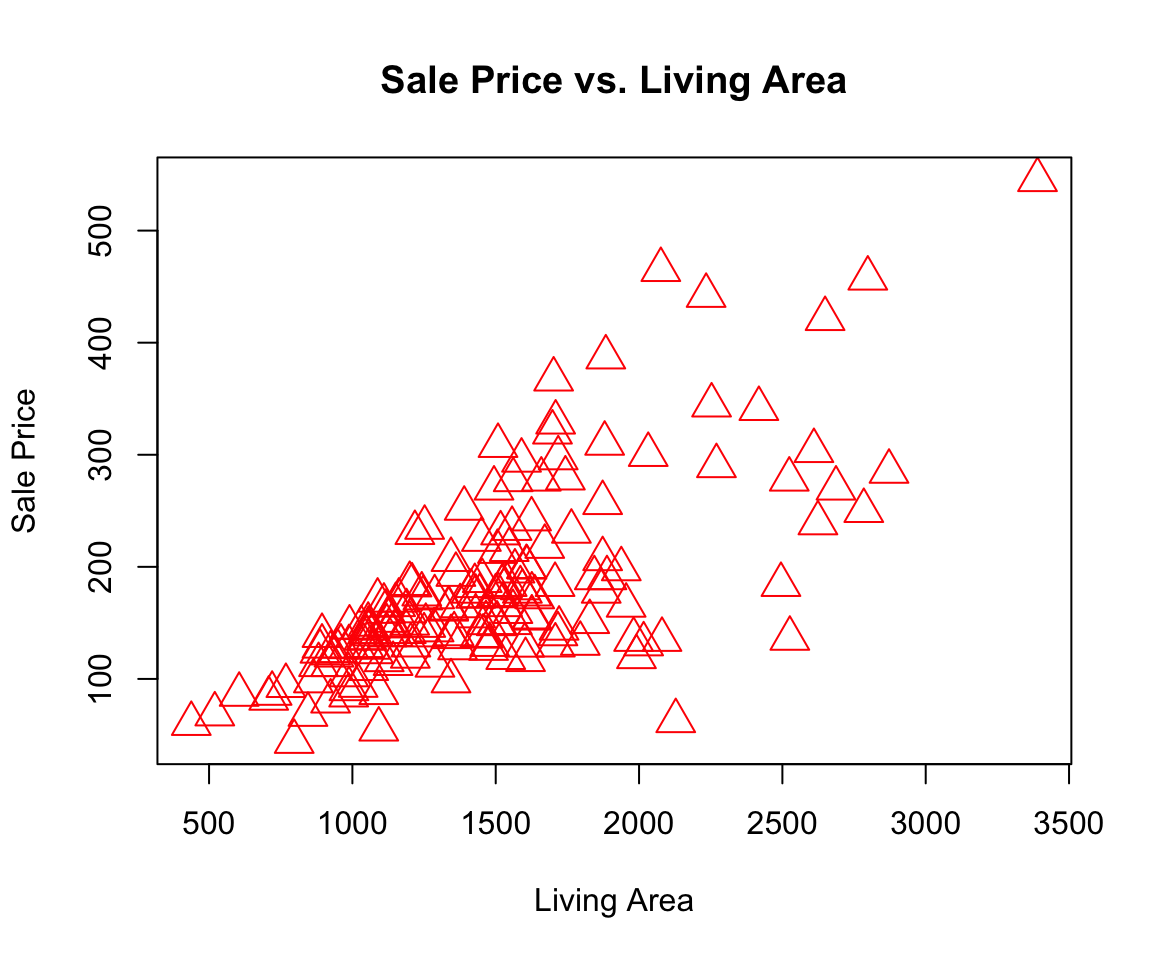 Although the plot() function gets the work done, the ggplot2 package provides a superior user experience which allows us to create complex plots with ease. Since the ggplot2 package is a member of the tidyverse package, you don’t need to install it separately if tidyverse was already installed. Let’s first load the package ggplot2 and create a scatterplot. 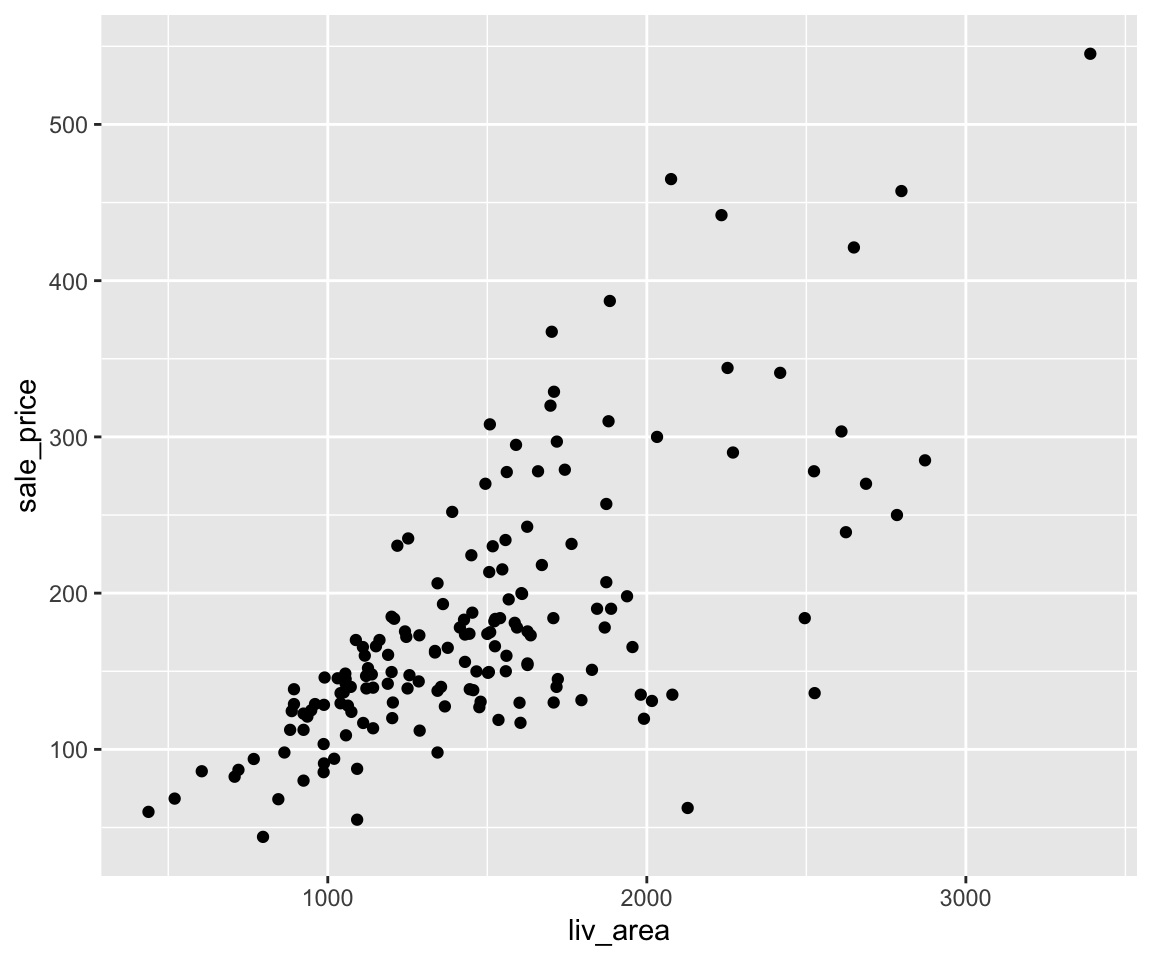 Aside from the expected scatterplot, you can see a warning message “Removed 1 rows containing missing values (geom_point).” This indicate that there is 1 row in sahp that contains missing values and it was removed during the plotting process. The removal of missing values is a default behavior for all plots generated by the ggplot2 package.

Let’s break it down into two steps. In ggplot2, we always start with the function ggplot() with a data frame or tibble as its argument. 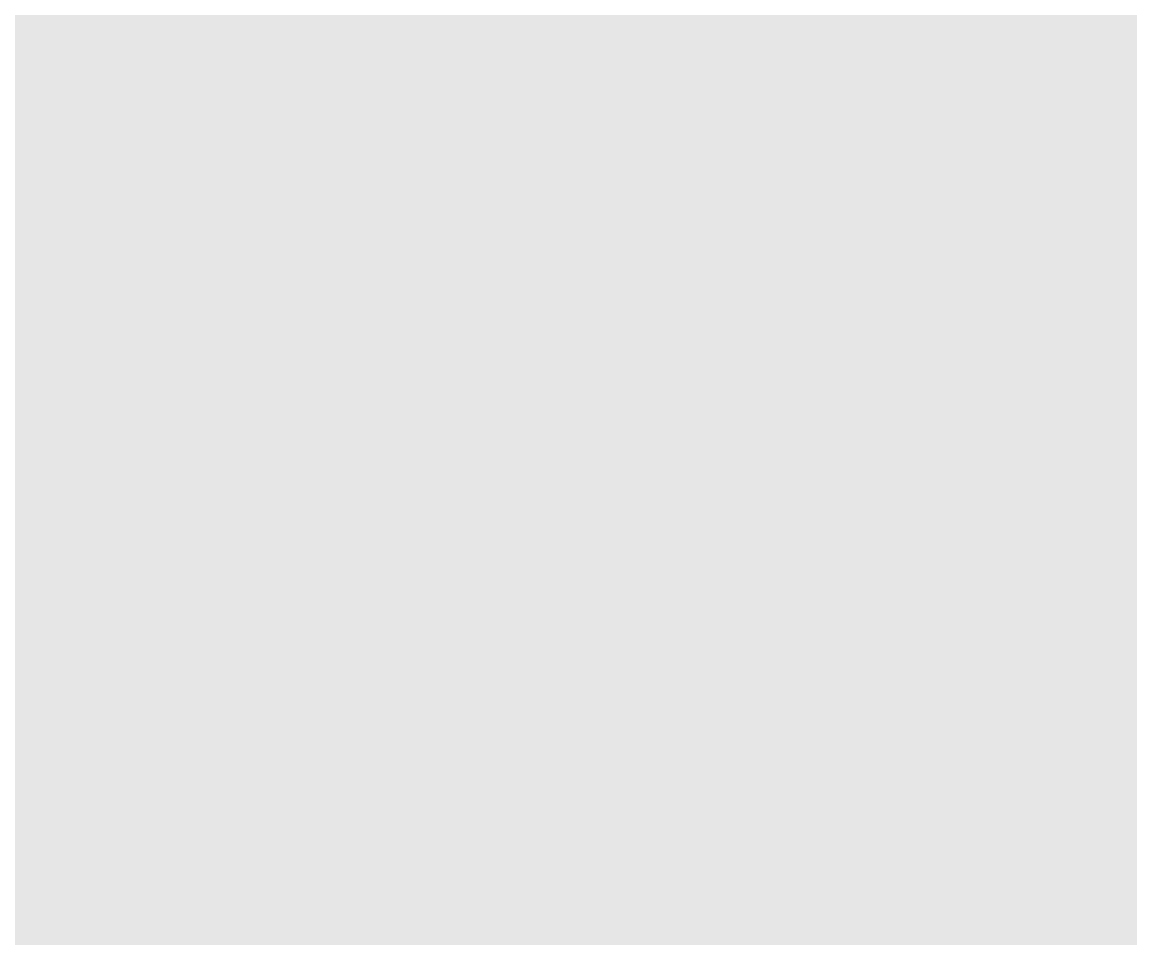 After running this code, you can see an empty plot. This is because ggplot does not yet know which variables or what type of plots you want to create. To generate a scatterplot, you can use add a layer using the + operator followed by the geom_point() function. The geom_point() is one of the many available geoms in ggplot.