We will start by introducing how to export data to a file in this chapter. 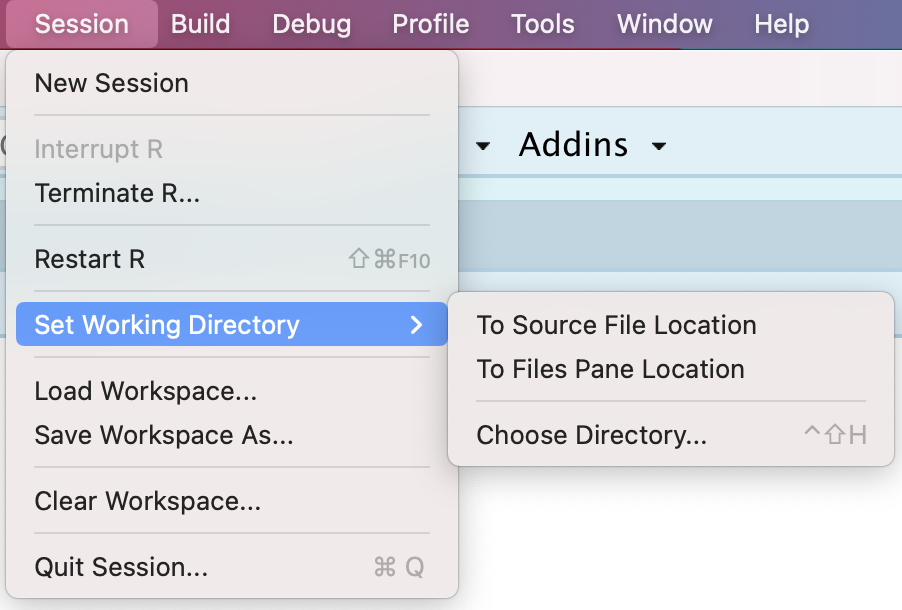 There are three options under this menu.

After selecting any of the three options, we can see a line of code containing the function setwd() executed in the console.

Indeed, this menu operation is equivalent to using the setwd() function with the argument being the full path or relative path of the desired directory.

Another related function is getwd() which tells us the absolute path representing the current working directory.

In most applications, you will use a specific file type called delimited file. In a delimited file, each row represents a single observation, and it has values separated by the delimiter. In principle, any character (including letters, numbers, or symbols) can be used as a delimiter, with the most commonly used ones being the following.

First, let’s work with one popular kind of delimited files called comma-separated value file, usually with the file extension .csv. In a .csv file, the delimiter is comma (,) .

Now, let’s write the data frame my_animals into a file called “my_animals.csv” in the currently working directory. To write an object into a .csv file, you can use the write_csv() function in the readr package. Since readr is a sub-package of tidyverse, you can load the package directly if the tidyverse package is installed.

You can verify the .csv file has been indeed created and open the file with RStudio or any text editor to verify its contents. 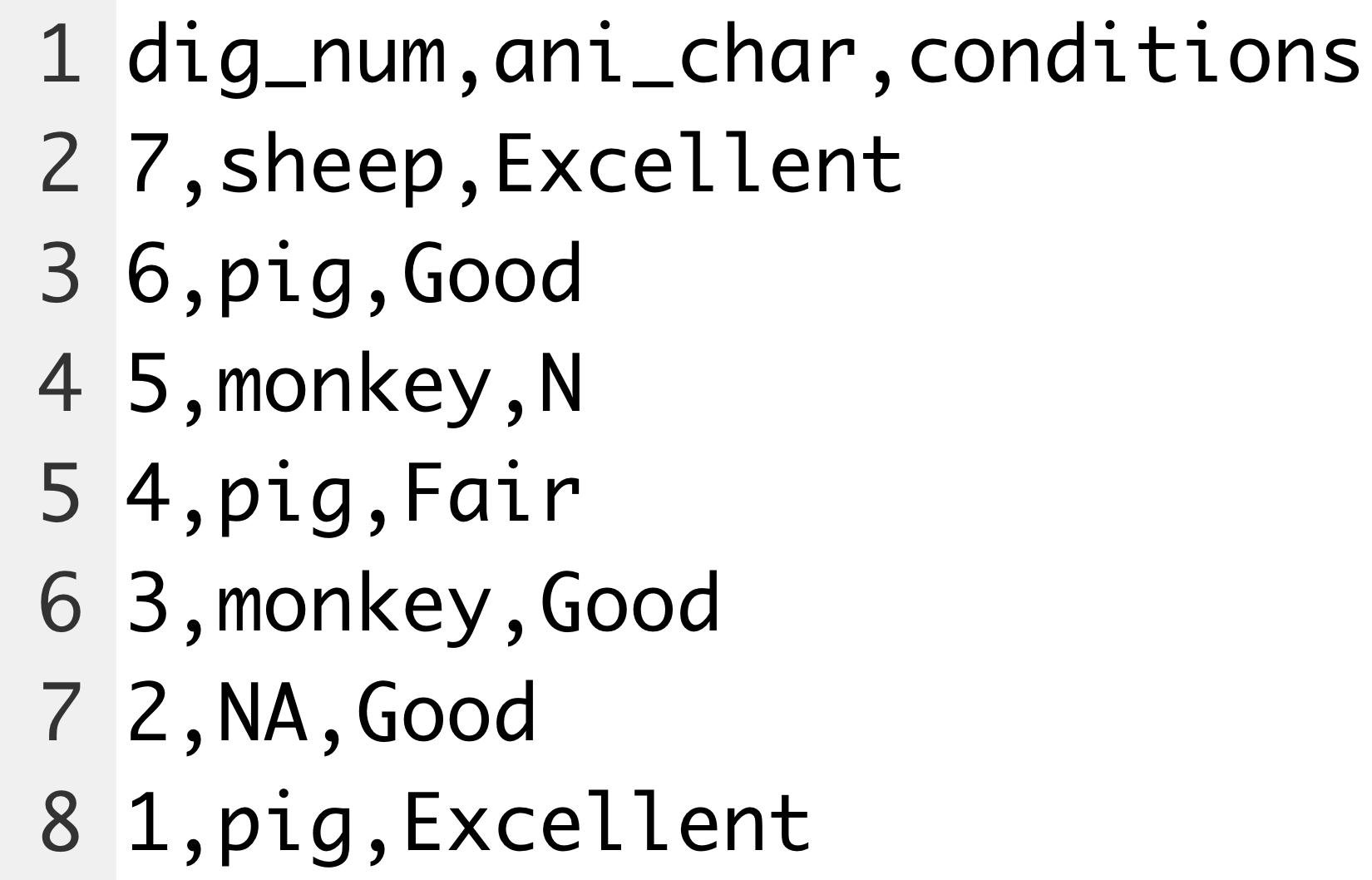 We can see that all the information has been written in the .csv file, which has commas separating the values on each line. In particular, you may find out the first row of the file corresponds to the column names. If you don’t want to include the column names, you can set the argument col_names = FALSE.

5.1.4 Write an object into a general delimited file

As introduced at the beginning, there are different types of delimited files depending on the specific delimiter. The function write_delim() enables us to write an object into a delimited file with any chosen delimiter. The usage of write_delim() is almost identical to write_csv(), except that it has an additional argument delim, which specifies the delimiter to be used. Let’s see the following example with * as the delimiter.

Use R to create the following data frame and assign it to the name my_data.